I grow my own San Marzano tomatoes for sauce and marinara. It's a little extra effort in the kitchen but it is so worth it. 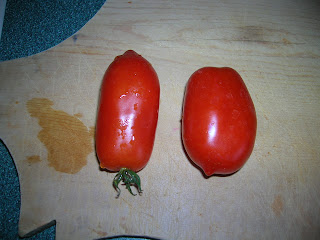 14 to 16 tomatoes will yield enough sauce for about three people. Core them and cut a cross in the other end with a small paring knife. Get a good sized pot of water boiling and a good sized ice bath. Toss half the batch in the boiling water for no more than 2 minutes. 1:30 is about perfect. Get them out of the hot pot and into the ice bath which stops the cooking process. I do half a batch at a time as its more manageable. The skin will easily pull off once out of the ice bath. 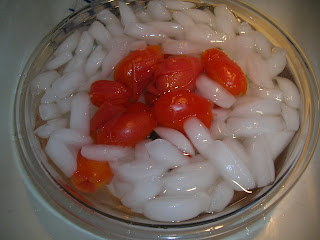 In a skillet, heat up some olive oil till it shimmers then chuck 6-8 mashed garlic gloves into the oil. Cook them till they just start to turn color. Then carefully put your bowl full of skinned tomatoes and their juice into the skillet. Crank it up to a boil and season it with salt and pepper. After it boils reduce the heat just a little and at a good simmer, cook for 20 minutes. During this time, use a non-metal utensil to break down the chunks into whatever consistency you'd like. 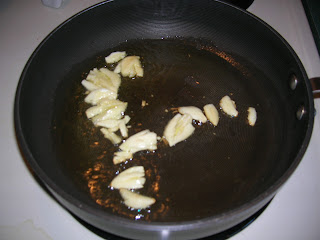 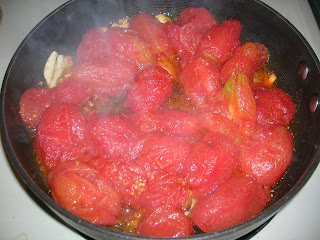 With 5 minutes to go, throw in some fresh chopped basil and stir it in.

I put this batch over some 4 cheese ravioli. Mmmm! 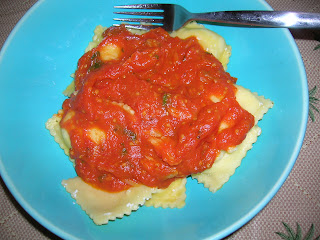 "Tutti a tavola, a mangiare" = Everyone to the table to eat!
Posted by Chris at 8:06 PM

That looks like a really fun thing to try out one of these weekend days. Few questions:

1) Can you use Romas instead?
2) How about de-seeding these?

1) Yes.
2) After you've removed the skin you can gently squeeze out the seeds. Use a strainer/sieve over a bowl so you can save the juice for the saucepan.