This and That Saturday...

Got caught up on some much needed "Honey-Do's" around the house Saturday. Finally had a great weather day to fiddle around the house and garage.
Changed the front brake pads and shocks on the better half's vehicle. It had 91,200 miles on the original parts, and the pads were toast. The shocks were probably okay but since I was in there, why not change them. 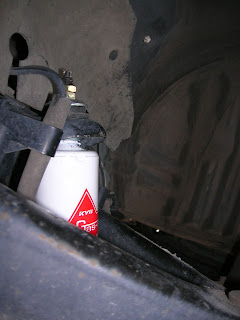 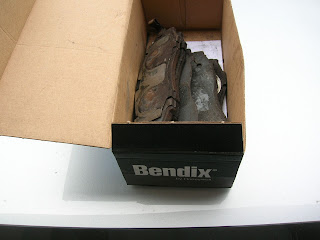 Two of our three bird houses in the back yard were falling apart. Mother's Day is coming and so I had "The Boy" help me do some repairing/rebuilding/renewing on them. We built one from scratch using an old one as a template. Put a new roof on the second one. New coats of paint make quite the difference. I was a bit amazed that Alex was afraid of an orbital sander when the snowblower doesn't scare him at all. Weird kid! 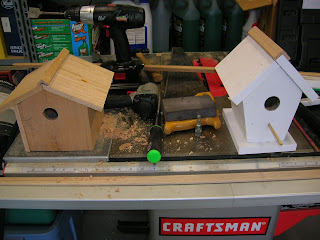 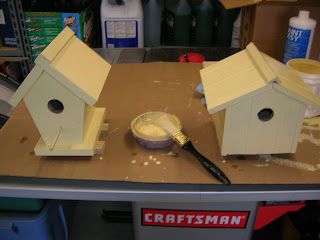 While I was tinkering with stuff I decided to smoke a ham we picked up at Russ's Market. It was one of those freebie deals from using their rewards card. The ham turned out wicked good. Gonna be lots of sandwiches, ham and bean soup and a cheesy tater and ham dish. Mmm! 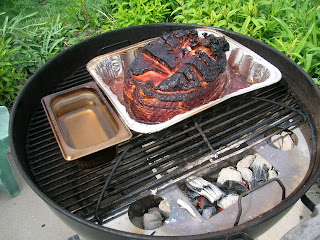 While the ham was cooling we kept picking at it and about spoiled our beef taco dinner! They went well with the Navy grog's I was drinking. Rum, grapefruit juice, lime juice, demerara syrup, dash of bitters. I'm on the lookout for a Martinique rum the next trip to The Still. 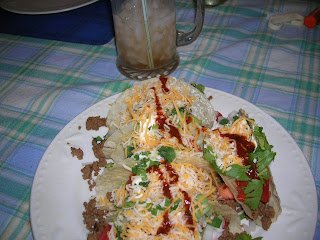 cool how your grill has that side thingy. You buy it that way or make it?

Seperate piece I got on Amazon. The "Smokenator" I believe it was called. Works pretty good.